So I tried making pound cake again, this time with success! I even brought it in to the Search Engine that Starts With a G to get comments from my coworkers, and none of them died (that I know of) and some of them even liked it (as reported on an anonymous form)! Even more of a success!

Here's what I did differently. 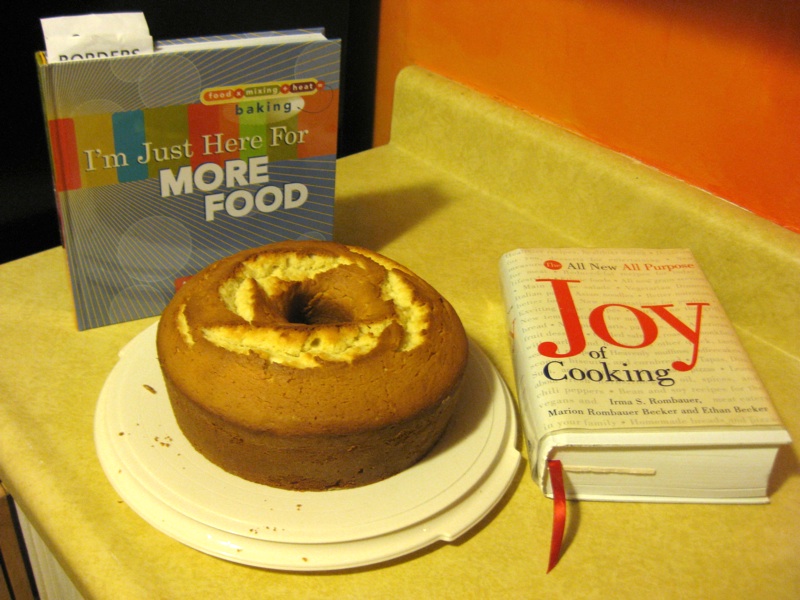 First, I changed the recipe. This time, I adapted one from "I'm Just Here for More Food" by Alton Brown, a chef well known for his excellent, scientifically-based cooking. After cross-referencing against the Joy of Cooking, I felt safe leaving out the vanilla on the suspicion that last time's funny flavor wasn't just the Splenda but my fairly old vanilla flavoring (which I found was labeled "bourbon vanilla" which made me even more suspicious.) This left the recipe:
Preparation was much easier this time with a $25 handheld motorized mixer from Fry's
Electronics. I used a few tricks this time:
Also, I was more careful flouring the pan to prevent sticking. As before, the oven was preheated to 325, baking was 1 hour, and the cake was allowed to sit a bit before being taken out of the pan. 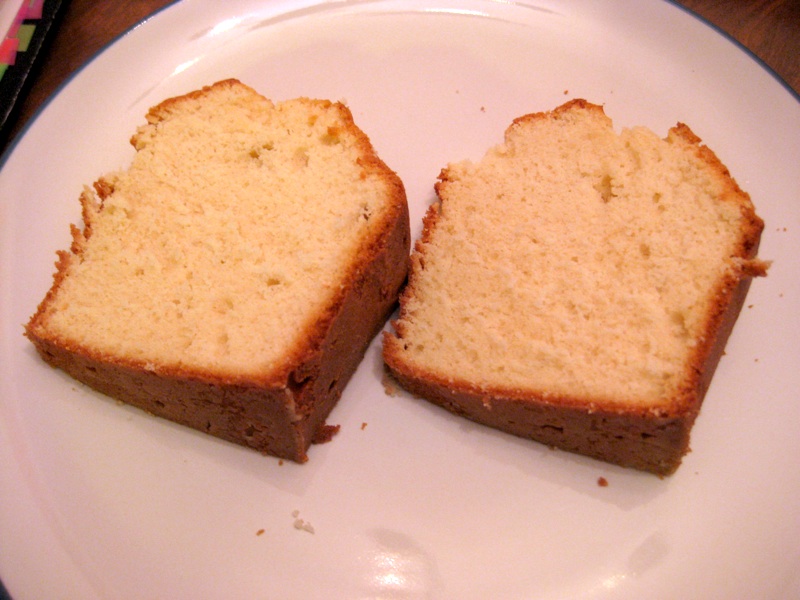 Results: Yum. The texture was light and flaky, on the edge of being too flaky. The flavor was good, though slightly bland - it could have used more vanilla. The crust had a good texture, but it could have been a bit darker. 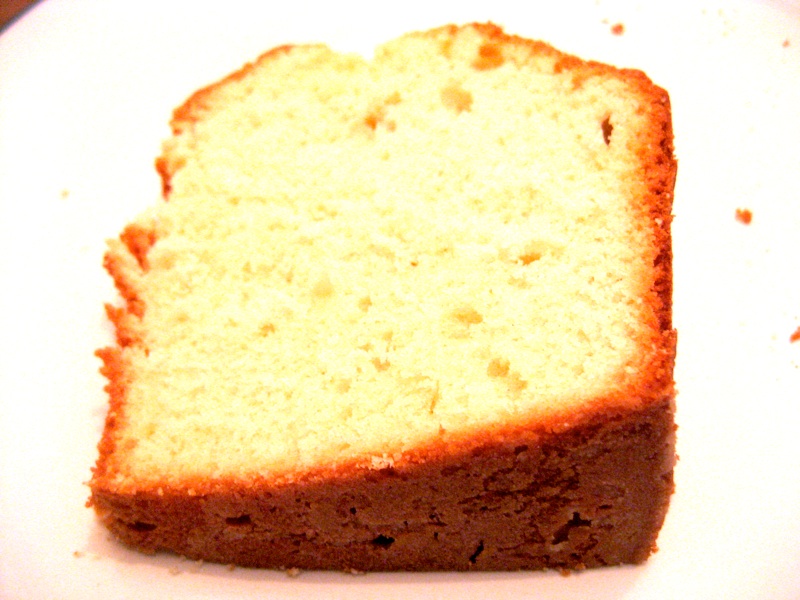 This was a good cake, but I got even better feedback from my coworkers and from myself. The cake needed vanilla, a slightly better mixing, and a slightly better cooling procedure. Nevertheless, the pound cake served its desired function: 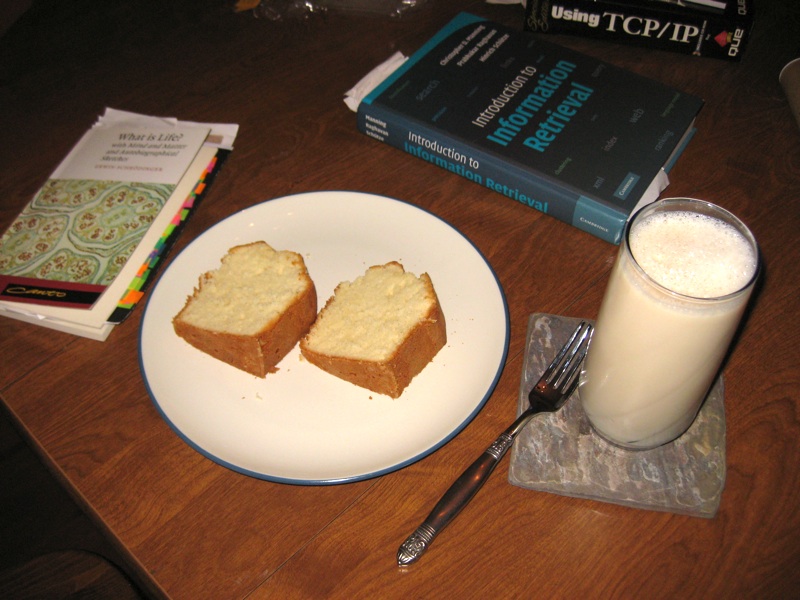 I will follow up soon with the details on how I tweaked the recipe until it was "perfect".

How Wide Should Your Website Be? The Great Litany at Maundy Thursday Vigil Gravity Wave Lasers and Faster Than Light Renewing the Library Shooting from the hip versus shooting straight Why I Write An Age Mistaken Frost Moon Revised National Pound Cake Day and More Pound Cake: One Pound Each of Butter, Sugar, Flour...