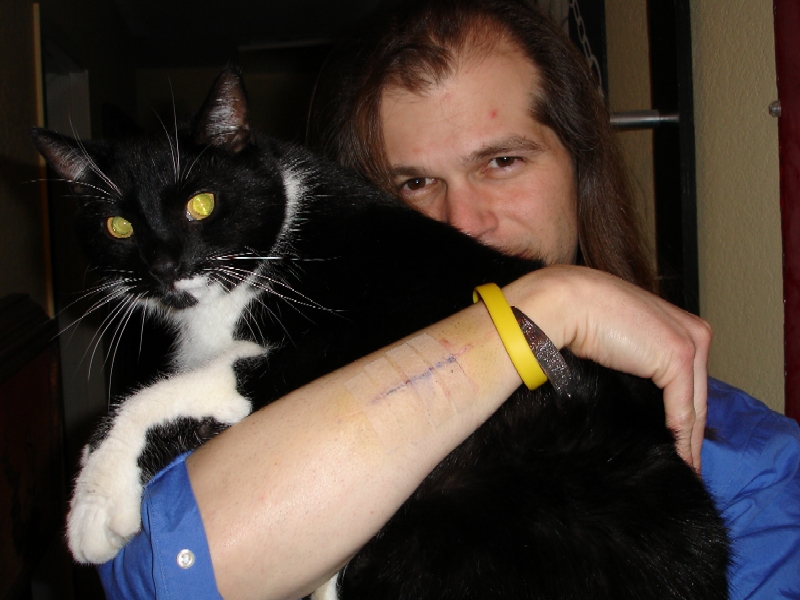 A little over two years ago, I broke my arm in a karate match...

... and received a metal plate in my arm.

A little over six months later they decided that the bone wasn't healing.

SO, a little under two weeks ago, I went under the knife to have a bone graft to repair my unhealed arm. 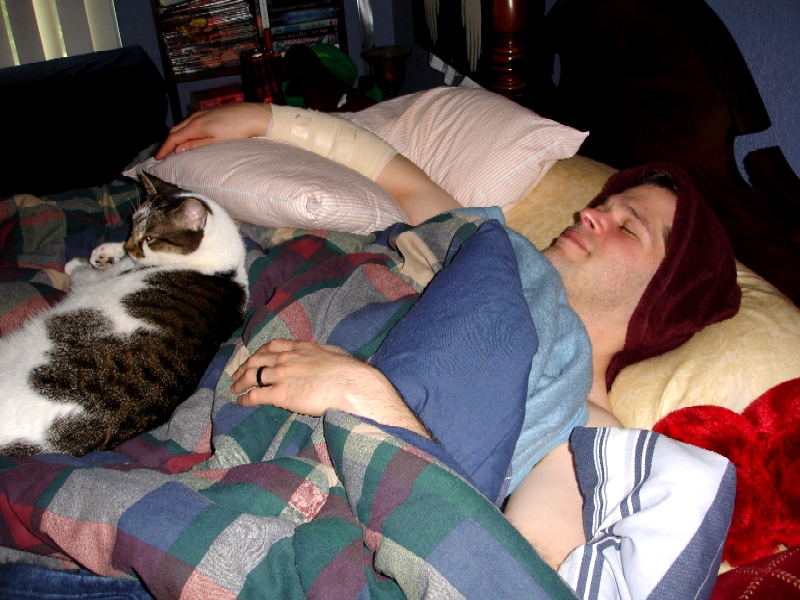 A little under six days later I decided to ask for a blessing from the local priest at the end of mass, as is the custom at our church.

The bandages came off yesterday, and the doctor pronounced me healed. Not a little bit better, not improving, not ready to go in three months as expected or six months if they had to replate it, but healed. Apparently my Atlanta doctor had used a suture to hold a chip of bone in place during the healing process; over time the suture began to dig into the healing bone, clouding up the X-rays and leaving a gap in the CAT scan and overall creating the impression that my arm was much more messed up than it was. My California doctor found the suture, removed it, and probed the bone repeatedly with a scapel to confirm its solidity: as far as he can tell the bone is solid and ready to go.

No replating. No bone graft. Not even a waiting period. Just completely healed.

Now, I'm somewhat skeptical about miracles, which is to say, I'm somewhat a believer too. I of course understand that this is a broken bone that healed, which happens every day, and I have of course heard the old saw that miracles are in the eye of the beholder: to a believer, a sequence of events is credited to God as a miracle; to an unbeliever, that sequence explains the event away. I might complain that that old saw is nonsense, that it presumes there are no supernatural miracles that contravene known natural law like raising the dead, and presumes an ad-hoc explanation after the fact should be considered just as "scientific" as a predictive model developed before the data rolled in. But deep down I know it is just a broken bone after all, which happens every day.

But science or blessing or both, one thing I do know is, I'm grateful about how it turned out. Thanks to all the efforts of my doctors, the support of my wife, the prayers of my friends, and most of all... 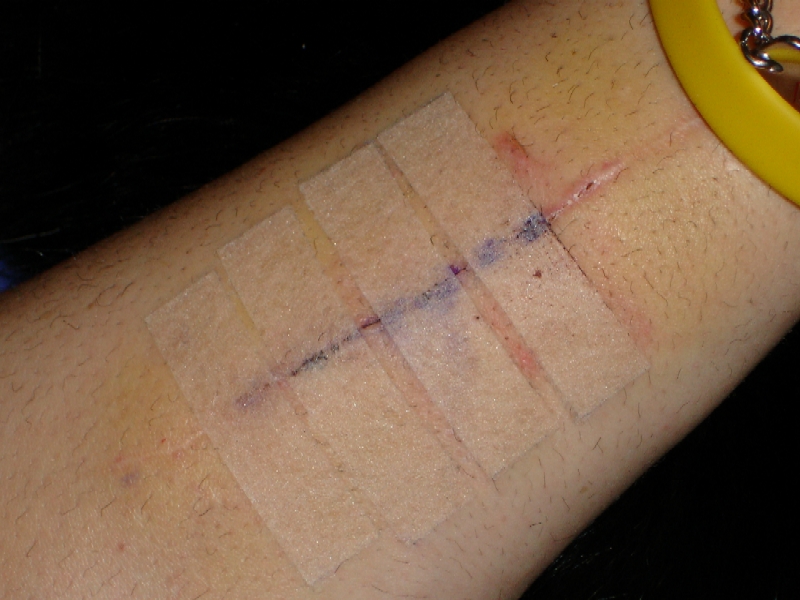 anthony:
this is freaking amazing. it's very simply incredible to me that, all that time we were so worried that you weren't healing as you should have been (and you were doing everything right), you actually were healing - we just couldn't see it. crazy.
congrats. build up that strength again. i'll be ready for you...
# posted by

Recuperatin' When To Wiki Rather Than Blog "Aha!" he said, "mine'll be self-referential!" dresan.net Scrolling through RSS Pacman ... in Excel??? No Shotgun Required Ok wiseguys... Large-Scale Semantic Networks When life gets you down...