On practically my first night I did something I'll not likely do when on a real Mars mission: stand out in the rain at 3 in the morning holding a flashlight.

The purpose of the MDRS is twofold. First is science: the MDRS station, and the Flashline and upcoming Euromars stations as well, enable us to test our ideas about living and working on Mars. Part of this is "analog science": How to build a habitat. How to staff a habitat. How to do geology in a spacesuit. And another part of this is "real science": Studying supernovas. Studying closed-quarters reaction times. Looking for life on Earth in places similar to that we can look on Mars.

But the second purpose is just as important: culture. We are engaged in an ongoing psychodynamic experiment in which the Mars Society is learning how to staff a Mars habitat. What kinds of people work together well. What kinds of people work together poorly. And, as we found out, how people react to adversity. Now, we didn't encounter any polar bears at MDRS, nor did major chunks of our habitat litho-brake into the ground when their parachute failed. HOWEVER, we've still had our own little adventures. 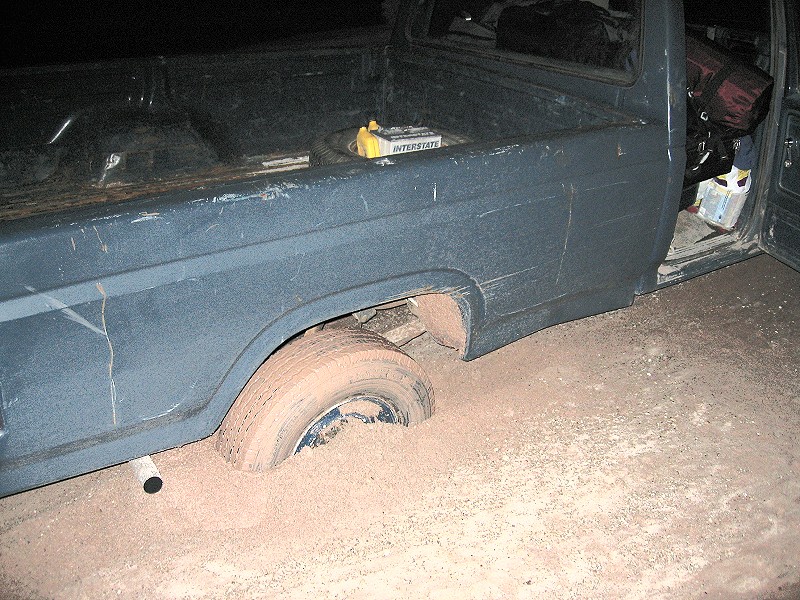 So we arrived at the station at approximately 7am, about 12 hours late from our original arrival time and 6 hours later than our revised arrival time (prior to finding out we needed to pick up supplies and drop off a generator in SLC before we left). What got left out of that report was that the Engineering Refit Crew was NOT done when we arrived and the Hab was a gianormous mess. I got the feeling that the Mars Society could easily have put TWO refit crews on site for FOUR weeks and still they'd have had plenty of stuff to do for the duration, and after talking to the refit commander, Paul Graham (not THAT Paul Graham, mind you), about what he thought needed to be done to the site, I think my original estimate is conservative.

So two of the refit crew, Paul Graham and Artemis Westenberg, stayed on with us for several days trying to help out with a number of issues. Hugh threw the whole crew, with a few exceptions for Dr. Broering who had to leave early, behind the refit. And on the last day, after a whirlwhind of cleaning, the major issues at the Hab (like having power, drinking water, and the ability to take a dump) were all resolved.

On the last night they were scheduled to be there, Paul burned the midnight oil trying to resolve a few outstanding issues. This involved running conduits (smurf pipe), running wire, and working his ass off on the most important part, the water pump. During all of this I followed everyone around with my clipboard and digital camera, basically pretending to be a handheld computer as part of my information system assistant project (when my hands were not needed running the aforementioned smurf pipe). The hardest task was the pump: Paul and Kevin Saka and the rest of the team worked for hours getting it right --- the wiring, the fittings, the remote switch --- and finally they got it.

We threw the remote switch at the end of the day, trying to feed enough water into the GreenHab to keep our recycler (and thus our toilet) alive. But no water ran. Paul cursed. It had worked before! And he's not one to leave a task undone. And I'm not one to let someone go out into the night at 3am alone in cougar country, even if he is a 6 foot 4 marine who can take care of himself. So I picked up Little Blue (my giant Brinksman flashlight), grabbed my "Indiana Jones" hat, and headed out into the dark with Paul to fix the water pump. 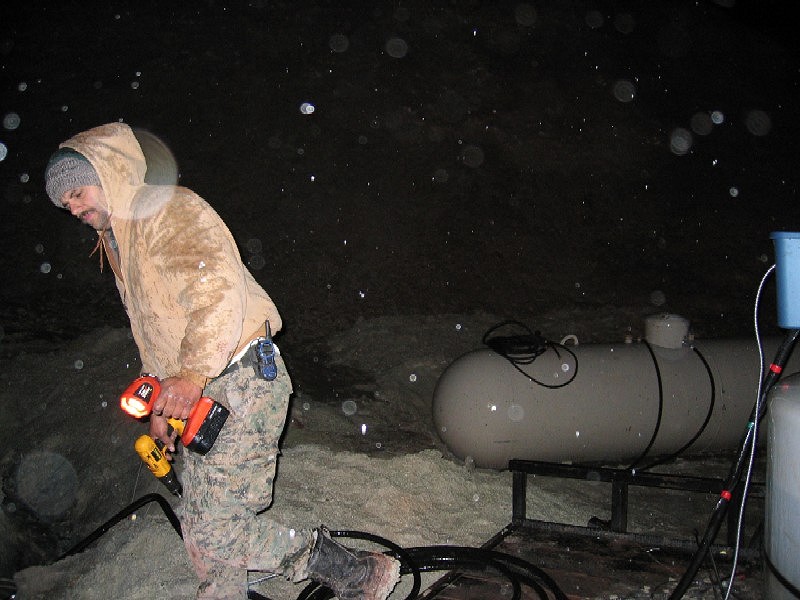 Which returns us to something you're not likely to do on a real Mars mission: stand out in the rain at 3 in the morning holding a flashlight. On second thought, maybe you ARE likely to do that on a Mars mission, if not in the rain holding a flashlight, but in the sandstorms wearing a spacesuit, helping a friend fix part of the generator or recycler or airplant, doing what you need to do because it HAS to get done or no-one will survive.

But you do it. It gets done. And because you do what needs to be done without hesitation, everyone survives.

Hugh, this one's for you So tired you can't even think straight A Fractal Blog Icy hand of fate sez... Mars Orbit Achieved Dual Update Pending AND Return of the Centaur MDRS: the Pisces 1 Expedition Trying to decipher line noise? Ad Ares Brrr....