TV Dinners: Doctor Who and 'wichcraft 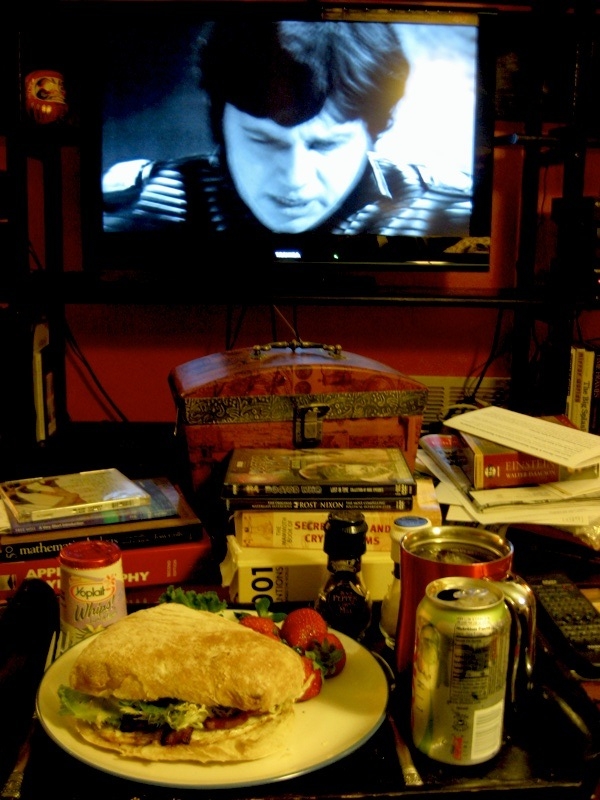 From the Doctor Who - Lost In Time DVD Set: Enemy of the World, a bit cheesy in parts but proving that Doctor Who can handle intrigue, Patrick Troughton can indeed act like two completely different persons, and Jaime McCrimmon (pictured) can be written as sharp and resourceful rather than a complete idiot. Overall, the Lost in Time collection both shows both the creaking corners of the old Doctor Whos as well as stunning moments when the show was just "on", as sharp or sharper as anything on the air today. Hint: almost anything involving the Daleks usually has a nice, tangy metal edge. 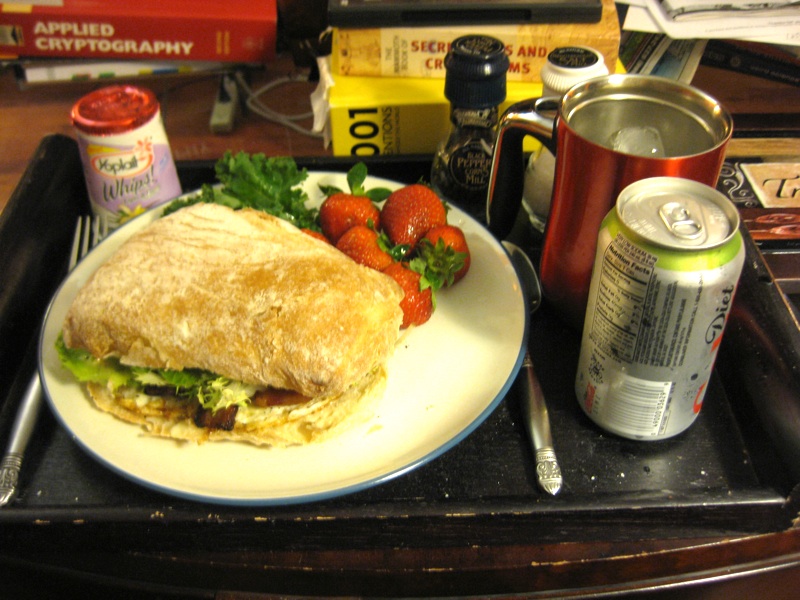 From wichcraft restaurant's cookbook of the same name, a bacon and egg sandwich with olive oil / red wine vinegar tossed frisee on a split ciabatta roll toasted on the inside with a thin layer of gorgonzola cheese, proving that you can make a sandwich into a gourmet meal. And that I don't particularly like gorgonzola, but that's not the fault of the sandwich; it actually went quite well with the rest of it.