Wow. This set of screenshots on the evolution of Windows from 1.0 to Windows XP really brings back memories. I first started using Windows in college around version 2.0 - I remember seeing Windows 286 in stores but don't recall using it. Windows 3.0 was a big step forward for us early adopters - up until Windows 2000 I always managed to score a prerelease version (though as a point of pride I always went out and bought a real copy as soon as it hit the stores). I held off on Windows XP, though, as long as possible, waiting until I bought a machine with Windows preinstalled.

But, while I relish the memories, I'd never go back (though I may end up going forward to Mac OS X :-): 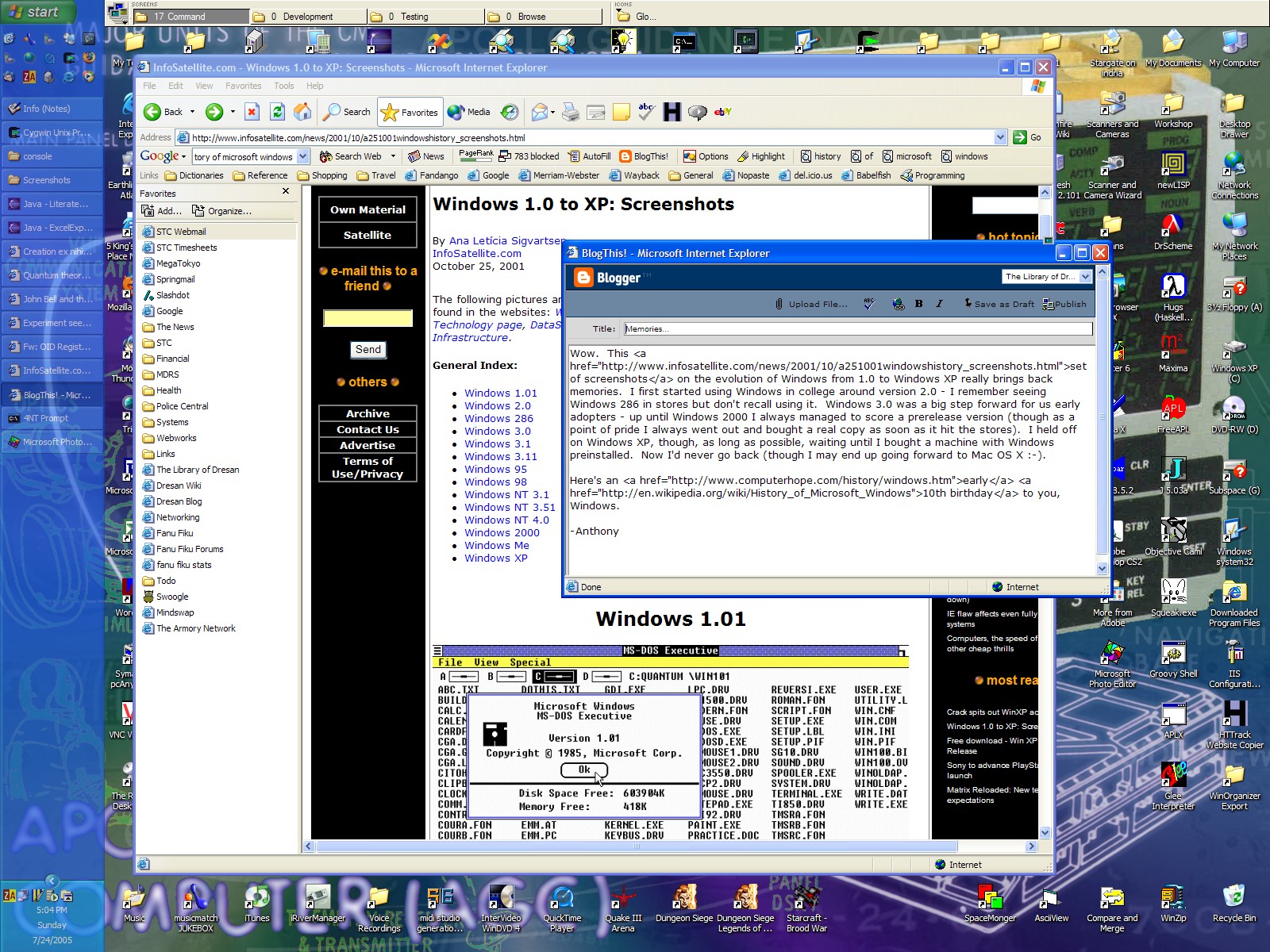 Here's an early 10th birthday to you, Windows.

He Has No Idea Colorless green ideas sleep furiously ... on the I... File under "Links - Travel" The Bleeding Retro Edge News Flash: Established Scientific Theory May Be W... You, too, can become a statistic... Your Cometbuster Deformed My Horoscope Words of Wisdom ... Not Just for Software Thanks, I'll be here through Thursday - try the ba... Unfayre Humours, Part I